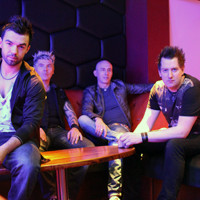 The band has toured extensively in the U.K, Sweden, Holland, Germany, Belgium, America and of course their native Ireland.

Big Generator has also enjoyed a considerable amount of success and all of it achieved without the backing of a major label. The guys have also shared the stage with names like Ocean Colour Scene, Big County, Whitesnake and Joe Satriani to name a few.

Big Generator have released two albums “On The Line” and “The Unreleased” . The albums have received rave reviews in Holland where it has been on release. The band are signed to Green Street Records, a Dutch label.