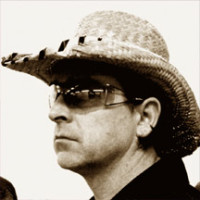 St Patrick’s Day 2007 saw a variety of events around the Island, but none more impressive or well received as Rattle and Hum’s two-night run at the Triple Crown. The U2 tribute band sold out on both Friday, 16 March and Saturday, 17 March night, and judging from their audience’s reaction, could have filled the West Bay Road venue for a week.

By the time Rattle and Hum took the stage on Friday evening, the crowd was ripe with anticipation and the band did not disappoint. Paying tribute to each genre of U2’s musical journey, Rattle and Hum gave the crowd everything from early songs like ‘I Will Follow’ to modern classics like ‘Vertigo’ and a feast of favourites in between.

The capacity crowd at the Triple Crown clearly enjoyed every minute of the performance and sang along to each and every song. Lead singer Michael Malone, who imitates U2 vocalist Bono in every aspect, gave the audience plenty of opportunity to be part of the show.

“They were such an appreciative audience, they got involved on all the songs,” said guitarist Aidan Morrissey.

If the audience that night were behaving like they were witnessing the real U2, they could be forgiven. Rattle and Hum sounds so much like their famous counterparts, it is easy at times to forget you are watching a tribute band.

As well as perfectly mimicking the U2 sound, the band also looks the part. “We’ve tried to match U2’s equipment as much as possible,” said drummer Ian Donnelly. “We’ve got the same guitars, bass and drum kit as they use,” added Aidan. This attention to detail is applied to every aspect of the band’s sound and image making Rattle and Hum one of the best, and most accurate, tribute bands operating in the world today.

This level of showmanship does not come by accident and the band continues to work hard to sustain, and improve on, their own high standards. “We’re amateurs but with a professional attitude,” says bass player Uisneagh Treacy.

As a rule the band refrains from consuming any alcohol before or during a show, just to ensure they deliver the best possible performance. “If people make the effort to come and see us play we owe it to them to perform and make their night enjoyable,” said Uisneagh.

They certainly delighted the Triple Crown crowd who really got behind the lads from Dublin, and lost themselves in the music and the performance. With the wealth of great songs in the U2 back catalogue to choose from, and Rattle and Hum’s ability to deliver incredibly accurate renditions, the tribute band never ran short of popular material.

Visiting Cayman for the first time, the band arrived from Dublin late on Thursday night after traveling for over 24 hours. Two performances later and they were on their way home again, leaving at lunchtime on Sunday. “It’s been the best two week holiday in two days we’ve ever had,” said Uisneagh.

Like U2, the band formed in Dublin and will have been playing together for seven years this May. As well as the four band members, the team also consists of a sound technician, Jessie Roe, and a stage technician, Nial Butler, who have both been with Rattle and Hum from the beginning.

All coming from musical backgrounds with other bands, the four got together after an impromptu performance at a wedding planted the idea of a tribute band in their head. Taking their name from the 1988 U2 album, the group spent almost four months rehearsing in preparation for their first full performance.

This inaugural gig in their hometown, proved to be an enormous success and extremely popular. So popular in fact that the band themselves had difficulty entering the premises. “We couldn’t get into our own gig it was so packed,” said Aidan.

From there, everything snowballed and, after a just a few local performances, the band suddenly found they were in demand all over Ireland. Prior to Rattle and Hum, there was no Irish U2 tribute band and the boys saw an opportunity to fill that void which they have done and continued to do ever since.

One of their goals when they originally formed was to play the Olympia Theatre in Dublin, one of the city’s top venues. It took the band just two years to realize this ambition and in doing so they became the first Irish tribute band ever to do so, selling out on their opening night.

“It’s basically a hobby that went out of control,” said Uisneagh.

That hobby has since brought them national – and now international – recognition as well as bringing the band to Grand Cayman. “Everyone we’ve met on Cayman has been great, they couldn’t have been nicer,” said Uisneagh. “It feels like home.” 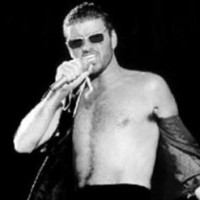 The Reflex 80s Tribute Band are already widely regarded as one of the best live 80’s Cover and Tribute Bands on the circuit today. Quickly becoming a favourite for Corporate and Wedding Entertainment, promising a performance of skill, professionalism and of course fun! Having formed in September 2014, The Reflex have set high standards with their vast performing experience and exciting live shows covering all the great artists from the best decade in music – The 80’s.

The Reflex are an 80s Tribute and Cover Band for hire in Ireland as your Unique Entertainment Act, creating stage show allowing a party atmosphere, filled with great songs, that will remind the audience of how great this genre of music was and hopefully bring back some great memories too. The Reflex set is expansive and continuously growing which will no doubt please any audience who see the band perform live. Whether it be in a pub, Corporate Event, Party or Wedding Celebration, The Reflex will deliver a great 80’s night guaranteed.